The desire to create the most realistic possible image of mankind is as old as humanity itself, dating back to antiquity. Throughout cultural history, artists have developed techniques to represent the human body as realistically as possible. While illusionistic sculptures from earlier centuries still refer to religious, aristocratic and historical content as symbolic figures, since the middle of the 20th century man and his individuality have come into view. 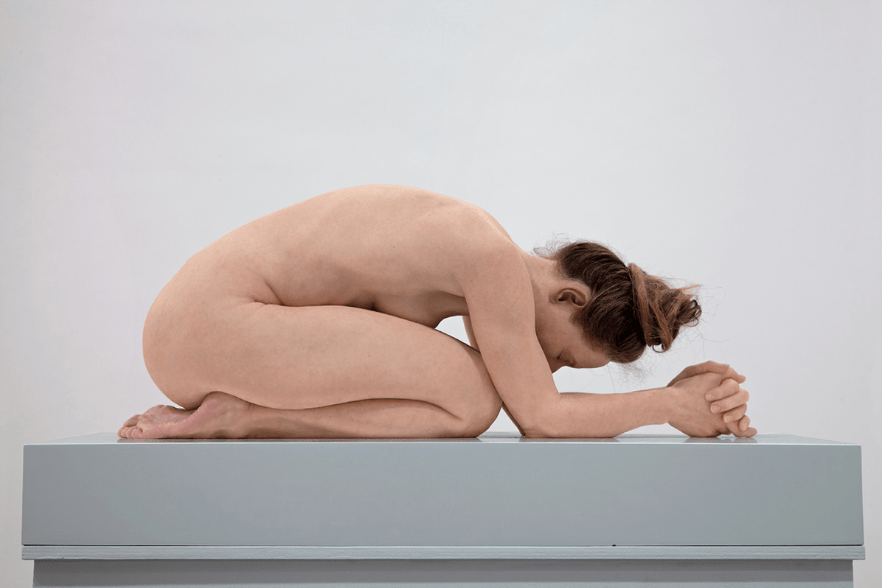 The North American artists George Segal, Duane Hanson or John DeAndrea returned to the realistic representation of the human body in the 1960s. They created hyper-realistic sculptures that continue to inspire subsequent generations of sculptors.

The exhibition ALMOST ALIVE gives an overview of the hyperrealistic movement of the last 50 years. With exhibits from all over the world, the Kunsthalle Tübingen, in cooperation with the Institute for Cultural Exchange, not only traces this art direction from the 1960s to the present, but also shows that the depictions of human physicality are always influenced by the respective zeitgeist retrospectively as a mirror of time-bound body concepts.

While the pioneers of hyperrealistic art in the 1960s focused on the body as a product of mass society, primarily as a political-social body, postmodernism in the 1980s brought the body into focus as a mental and emotional resonance space. Artists such as Marc Sijan, Sam Jinks and Ron Mueck reflect in their veristic sculptures the contemporary human being in mental states of emergency and intimate existential moments.

As a countermovement to the massively distributed images of perfectly styled bodies, contemporary artists today increasingly address taboo and excluded aspects of bodiliness. In addition, works by Evan Penny, Tony Matelli and Patricia Piccinini, in a disturbing way, show that the boundaries between the human body and technology have become fluid and man himself has become manipulable in the post-human era in its present form.

Last but not least, the exhibition aims to make us aware of our own perception and the fragility of our body.